We users of Microsoft Project often take the calculation of Critical Path within the software for granted. Yes, we know what critical path means and we have a vague notion of how the definition is implemented with MS Project but do we really know the mechanics?

This blog post will answer the question of how Critical Path is calculated and will provide a simple example to illustrate how the calculations are made.

First, what does critical path mean? What is the critical path? Well, there are various available definitions such as the following:

Let’s look at a small six task project shown below in a Microsoft Project plan:

If we make the critical path visible, the Microsoft Project plan looks like this:

Those Gantt bars shown in red above are on the critical path because they represent the longest path though the networks and because they have zero (0) slack.

It may be a little hard to see but the path with the red highlighted tasks represents the critical path. Further we can see that there are three possible paths through this network which are:

To find the critical path, the path with the longest duration, we can construct a table such as the one below consisting of the paths for the rows and the tasks on the path for the columns:

Note: The yellow colored cells above represent tasks that are not members of that particular path.

From the table above, we can see from the simple calculations that the critical path is Path 3 consisting of Start, Task 1, Task 2, Task 3, and Finish for a duration of 17 days.

The real complications come in when:

All these complications result usually in a large number of tasks that, of course, can have their path duration calculated by hand, but it’s simpler to let Microsoft Project perform this task as you are building your project plan, entering actual dates, changing predecessor relationships, or manually changing task durations.

We can see the critical path really clearly if we make a project view of the project using OnePager Pro. This can be done in a minute or two and results in the picture of the project shown below: 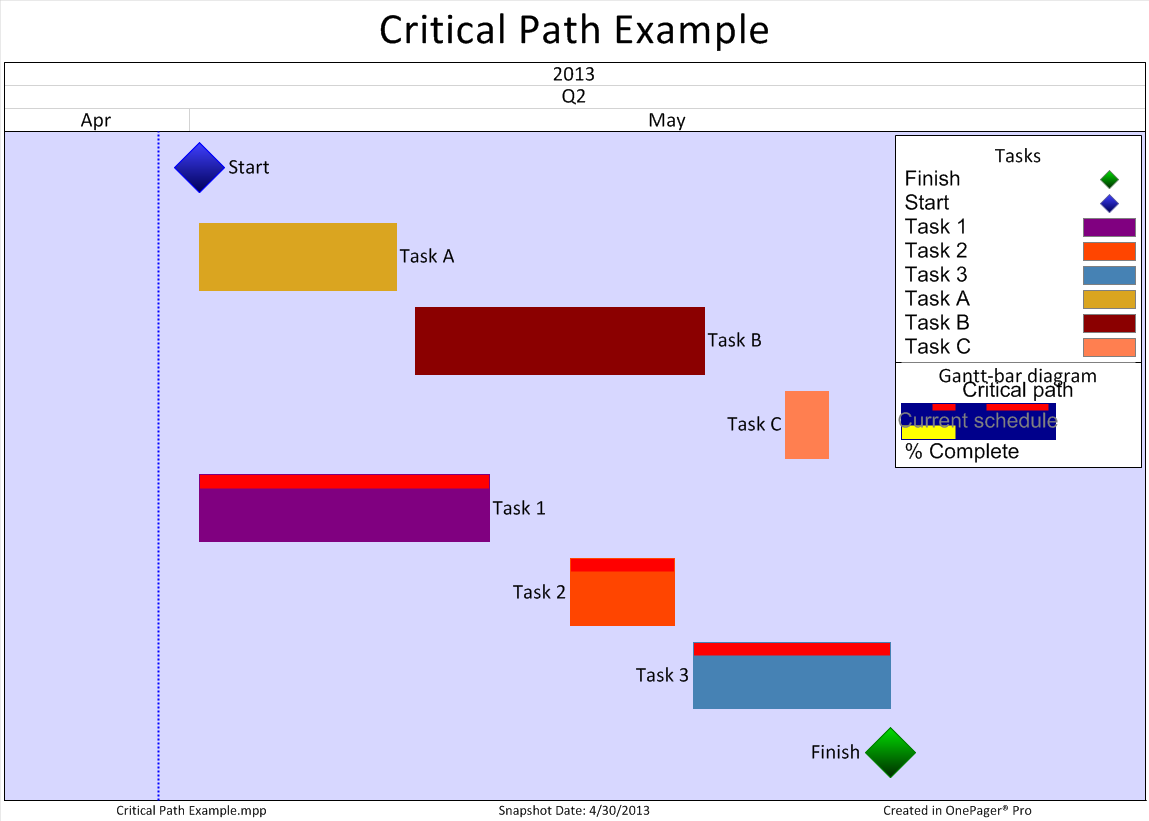 Everything appears to be clearly identified and you can see the tasks on the critical path, as they have red bars along their top border as indicated in the legend in the upper-right of the graph. A more complex project with critical path might look like this in OnePager Pro: 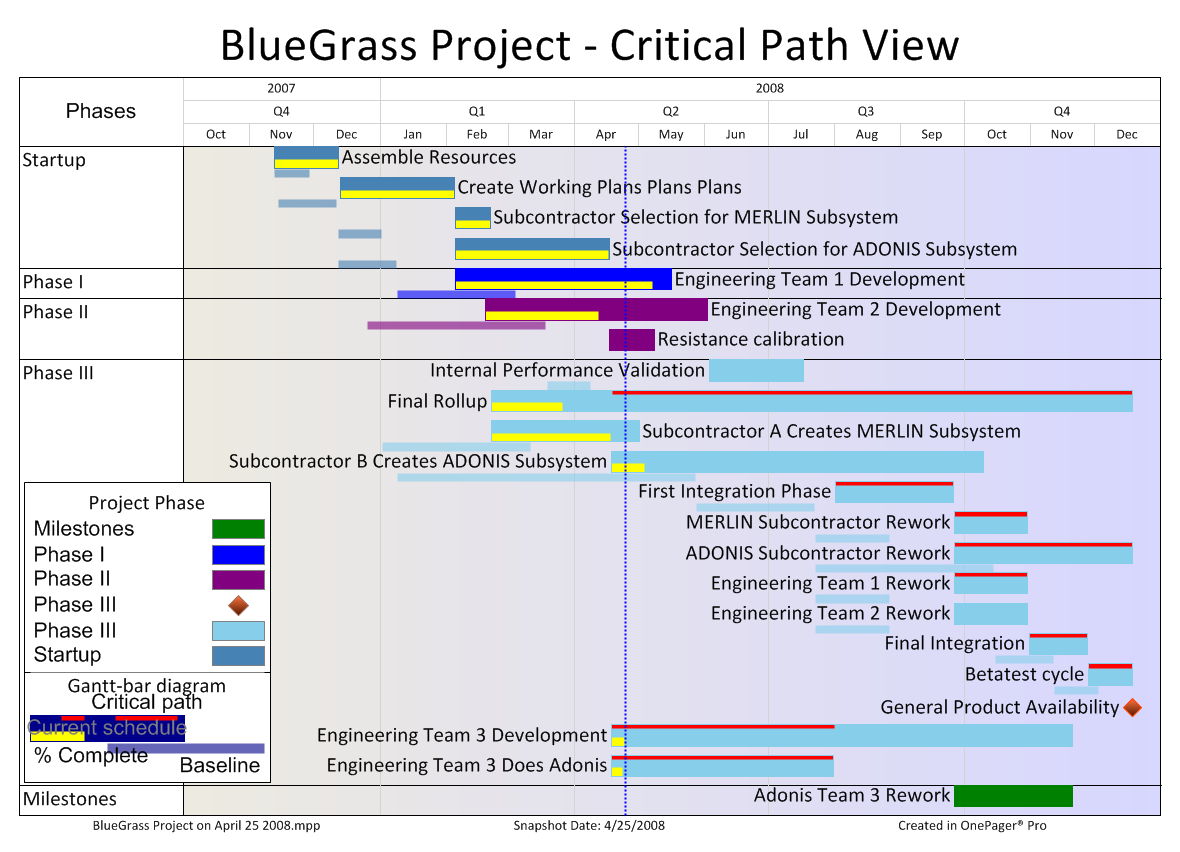 This graph of a multi-phase project not only shows the critical path, but also shows percent complete/progress bars in yellow. Additionally, below most of the tasks we see a narrow bar which represents the baseline dates. Unlike the previous graph of the simple six-task project, the one above is organized into swimlanes which groups the tasks into their respective phases.

Let us know if we’ve answered the frequently-asked question as to how critical path is calculated. Hopefully, these examples give a good feel for how critical path appears in both Microsoft Project and OnePager Pro.