As you surely know by now, boxer, social activist and global icon Muhammad Ali died over the weekend at age 74.

While there was so much more to Ali’s life than just his boxing career, it’s stunning to look at what he accomplished (and what more he could have accomplished) in the ring.

Using Microsoft® Excel and OnePager® plan communication software, we’ve created a visual representation of Ali’s 20-plus year boxing career. Flags represent the location of his fights (the 1974 “Rumble in the Jungle” against George Foreman, for instance, was contested in Kinshasa, Zaire). 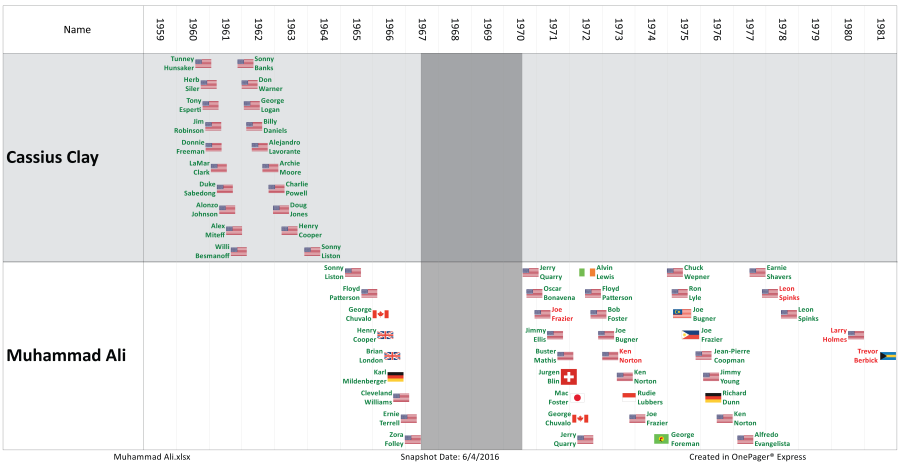 What can we make out by viewing this data visually? A few things.

What else do you see? Do you remember watching Ali fight, or have you heard stories from your father or grandfather? Tell us in the comments, and treat yourself to one of the most iconic moments in sports history.