If you are attempting to build a Gantt chart from multiple Microsoft Project files, OnePager sometimes gives you a warning that states:

In older versions of OnePager, the message has different wording:

Found a task that could not be imported.
Object reference not set to an instance of an object.

This message appears because two or more of your Microsoft Project plans have the same name. The filenames (*.mpp) are probably different, the the project names themselves may not be. We often see people copy one project plan to create another one. People always remember to change the filenames, but often forget to change the Project Summary Task, because Microsoft Project doesn't usually make it visible.

In this example, we started out with a project plan called "Project A". After a while, we needed to build a second project plan, so made a copy of "Project A" and renamed the file to "Project B". However, the Project Summary Task is still carried over from the original project file, and still reads "Project A." 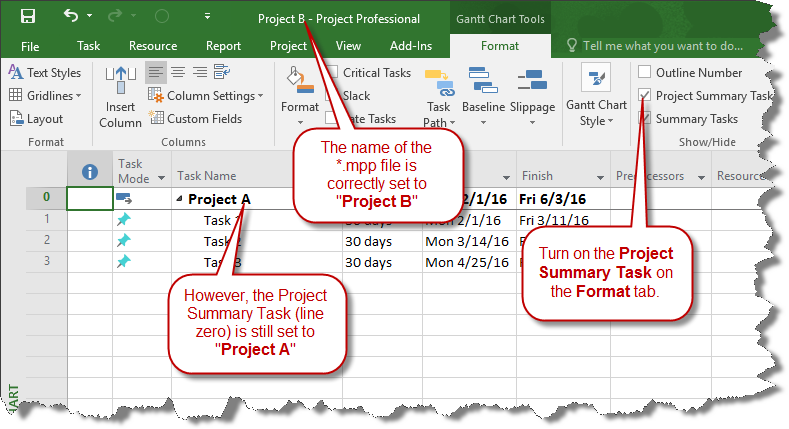